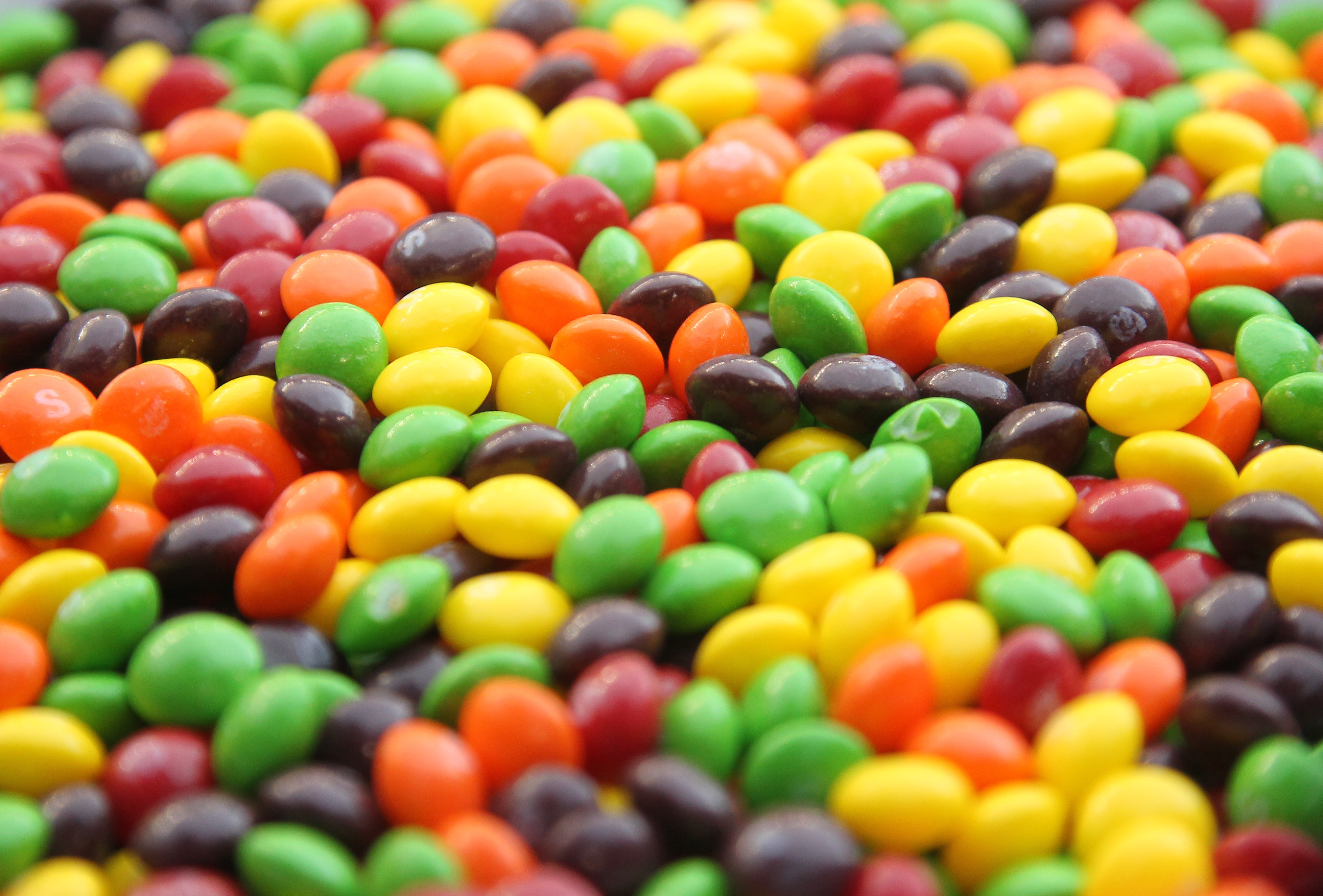 Skittles have sparked a class action lawsuit in the US (Credit: Getty)

Tasting the rainbow can have a nasty side effect, if we are to believe a recent US lawsuit.

Jenile Thames is suing the owners Mars for being “unfit for human consumption” because they contain trace amounts of a chemical called titanium dioxide.

She is leading a class action lawsuit in California accusing the company of failing to adequately alert customers to its presence, and accusing it of committing fraud or negligence.

Known as TiO2, TiO2 is a white dye commonly used in confectionery, as well as cakes, candles, toothpastes and paint.

Here’s where it gets a little interesting: European lawmakers banned TiO2 as a food additive in March (the ban goes into effect in August). There are concerns that it could lead to genotoxicity; damage to DNA that can cause cancer in the long run.

The thing is, Mars said in 2016 that it would phase out all artificial dyes (including TiO2) over the course of five years. Fast-forward six years and the lawsuit says the company has “violated its own consumer promise.”

Commenting on the suit, Mars says that Skittles are made in accordance with: all relevant FDA regulations: The US Food and Drug Administration, which controls this sort of thing and says TiO2 is not illegal — provided it’s kept to a minimum.

“While we are not commenting on pending lawsuits, our use of titanium dioxide complies with FDA regulations,” a Mars spokeswoman said in a statement. The Washington Post.

Interestingly, the science seems a bit divided on the subject. While Europe bans TiO2, the UK does not.

Mars said it phased out all artificial dyes in Skittles in 2016 (Credit: Getty)

Our own Food Standards Agency believes there are too many limitations and uncertainties in the studies on which Europeans base their ban.

The agency says the European Food Safety Authority’s conclusions (based on analysis of thousands of studies involving mice and rats) “were not helpful” in communicating risks and said better data is needed.

The studies in question seemed to show that while most titanium dioxide passes right through the body, a small amount can be absorbed. Over time, this could accumulate and, the Europeans say, it cannot be ruled out causing genotoxic effects.

In Australia, the country’s food authority is also investigating this.

Regardless, the lawsuit says Mars should do more to fix Skittles, noting that other candies like Sour Patch Kids and Nerds are still brightly colored without resorting to TiO2.

She argues that Mars “depends on the ingredients list which is printed in tiny print on the back of the Products and which is made even more difficult to read by the lack of color contrast between the font and the packaging.”

LAKE : Skin swabs could be the Covid-19 test of the future

MORE: Stunning auroras sweep across US as week-long solar storm begins to intensify